Internationalising our Universities: The case for a more interactive pedagogy in English Medium Instruction (EMI)

Invariably, when a university is ‘going international’ this involves teaching academic subjects such as Sciences through the medium of English. EMI is seen as the primary means by which universities achieve internationalisation.

There is now a substantial amount of research literature documenting the growth of EMI in universities around the world (Graddol 2006; Dafour and Guerrini 2009; Doiz et al 2013a; Kirkpatrick 2014; Wächter and Maiworm 2014). I have called this a “growing global phenomenon” (Dearden 2015).

In this lecture/workshop we will explore why EMI academics who are working in an international HE environment may need to make some profound changes in their linguistic awareness and pedagogical skills: in an EMI world a monologic, teacher-led pedagogy will no longer be sufficient. We will discuss why the fact of teaching through EMI will bring with it the need for a more interactive pedagogy. 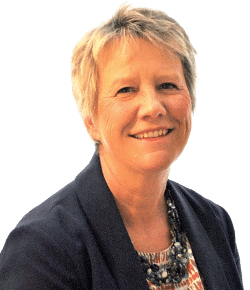 I am the Director of Oxford EMI, a teacher and a researcher in English Medium Instruction (EMI).

In 2017 I established Oxford EMI Ltd, a training and consulting institution and we have provided EMI training courses and advice, based on research, to Higher Education Institutions around the world.

I am very interested in what happens when universities internationalise as ‘going international’ invariably involves teaching academic subjects through the medium of English with the implication that the pedagogy needs to change.

My publications include a report for the British Council, English as a Medium of Instruction: a Growing Global Phenomenon (2015) which is an overview of EMI in 55 countries. More recently I have co-written a systematic review based on 83 studies on EMI in Higher Education.

In 2016 our research project in Turkey roused my particular interest in how English Language teachers and EMI academics might need to adapt and how they might work together (EMI in Turkish universities: Collaborative planning and student voices, 2016). In my recent publication The changing roles of EMI academics and English language specialists I propose that English teachers should play an increasingly important role in an EMI world.  I have also written articles on teacher beliefs and attitudes in EMI (Higher Education Teachers’ Attitudes towards English Medium Instruction (2016) and EMI: Comparing teacher beliefs in secondary and tertiary education).

I have been fortunate to travel widely speaking at conferences and training EMI academics in China, Brazil, Spain, France, Italy, Austria, Germany, Morocco, Russia and Japan and have had the pleasure of working with teachers from around the world here in Oxford. 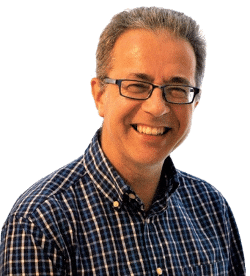 I am a consultant, course writer and trainer at Oxford EMI Training. Over the last four years, I have written and taught EMI (English Medium Instruction) courses for lecturers in many countries and contexts around the world, including Holland, Belgium, Ukraine and Croatia in Europe, Morocco in North Africa and Pakistan, Vietnam and especially, China in Asia. In fact, this will be my seventh visit to China.

Before coming to Oxford, I taught academics and students in Spain for over seventeen years while working at the University of Alcalá in Madrid. During that time, I co-authored the British Council’s Academic Teaching Excellence (ATE) course in collaboration with the Department of Education, University of Oxford.

Having worked in Higher Education settings for many years, I have witnessed first-hand the growing impact of English on the sector for teachers, researchers, administrative staff and students. I am fascinated not only by the communication issues that arise, but also by the possibilities afforded in terms of people’s effectiveness as communicators, teachers and learners on an international stage.